The Danger Of HMRC Scams And What To Look Out For 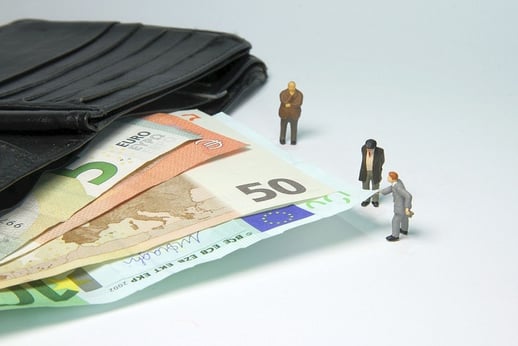 Many people believe they wouldn’t fall victim to a financial scam, but the sad truth is that an extremely high number do. According to the Crime Survey of England and Wales, there were over 3.8 million fraud offences against adults in the 12 months to June 2019, with approximately 659,000 victims receiving no or a partial reimbursement.

Many victims report a sense of surprise or even despair after the event, amazed that, despite their best efforts, they failed to spot the scam. Financial scams, led by criminals claiming to be from banks or HMRC, are becoming increasingly complex and convincing.

The Dangers Of An ‘HMRC’ Scam

One of the most common ‘HMRC’ scams is a communication via email, text, or phone, claiming that you are entitled to a tax refund. The promise of ‘free’ money is enough to blunt some people’s judgement, so maintaining a sceptical approach to the validity of any such promise is recommended.

A successful scam may encourage a victim to part with their bank account or debit card information, which can then be accessed to remove funds, or the details sold on to criminals. HMRC scams are particularly prevalent as tax return deadlines approach, or soon after. They are also worryingly common during the Covid-19 crisis, with scam emails mimicking genuine HMRC support schemes.

The trickiest part of a financial scam, for the criminals, is convincing the victim that they are who they claim to be. It is once the victim’s confidence and trust is gained that common-sense evaporates, and the trickster’s task becomes more straightforward.

Therefore, spotting an HMRC scam is often easiest in the earliest stages, and there are some tell-tale signs to look out for:

Emails Or Texts From HMRC

HMRC will never contact you via email or text promising tax refunds and rebates, or to request new payment information. Emails, in particular, can look incredibly convincing, particularly if they feature HMRC logos or contact information (which can easily be downloaded from the Internet). Sometimes, a tell-tale sign of a fraudulent email or text is a poor grasp of English, spelling mistakes or an overzealous style of language, but don’t rely on these to be the only indicators of a fake communication.

Do not click on any links or enter payment information; simply contact HMRC by phone to validate whether the email is genuine.

Scam phone calls are a common way that criminals aim to convince victims that they owe tax and are often threatening or abusive in nature. The aim of these calls is to scare victims into making a rash decision to provide payment information or to send funds, so callers may use unreasonable threats such as legal action or even jail for non-payment of tax.

Genuine HMRC communications will provide your tax reference number, so ask the caller for this if you are unsure if they are who they claim to be. If in any doubt, hang up and call HMRC yourself.

Asking For Your Bank Information

HMRC will never request this information online, by text or by phone. If you’re asked to provide it, the chances are you’re being scammed.

At David Howard, we can advise you on all aspects of taxation, from self-assessment and National Insurance and Corporation Tax and VAT. We can even represent you in your communications with HMRC, so you’ll never have to worry about contacting them again, giving you the reassurance that HMRC scams will always be ignored.

Even HMRC accepts that, on occasion, it's possible to make errors when completing your VAT return....

Help Your Business In March 2020 With Coronavirus Business Support

For all business owners concerned about the latest news surrounding the Coronavirus, today we’re...

Since its launch in September 2018, the Xero Projects add-on has been one of the most popular...